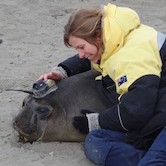 Marine Desprez (post-doc 2022) worked on machine learning methods for classification problems in ecology. This was joint work with Vincent Miele.

Oksana Grente (PhD 2018-2021) evaluated the impact of lethal control on the French wolf population, with a special interest in social structure and livestock depredation. This was joint work with Sarah Bauduin, Christophe Duchamp and Nolwenn Hoguet-Drouet from French Office of Biodiversity. Oksana is now a post-doc with Aurélien Besnard.

Valentin Lauret (PhD 2018-2021) developed integrated models for monitoring of bottlenose dolphins in the network of marine protected areas in the French Mediterranean Sea. This was joint work with Hélène Labach from the MIRACETI NGO. Valentin is now a post-doc with Aurélien Besnard.

Hélène Labach (PhD 2017-2021) from GIS3M was working on the conservation of bottlenose dolphins in the North-Western Mediterranean Sea. Her work relied on the data collected through the GDEGeM project. She continues her work as the head of the MIRACETI NGO.

Nina Santostasi (PhD 2016-2019) developed capture-recapture and demographic models for studying hybridization in the wild. As case studies, she considered dolphins in the Gulf of Corinth in Greece (with Giovanni Bearzi and Silvia Bonizzoni from Dolphin Biology and Conservation) and wolves in Italy (with Paolo Ciucci from University of Rome - La Sapienza). Nina is now a post-doc with Paolo Ciucci working on estimating population abundance of brown bears.

Sarah Bauduin (post-doc 2018-2019) built spatially-explicit agent-based models to assess the viability of Eurasian lynx in France, and more broadly to study multispecies demography. Sarah is now a permanent researcher with the French Office of Biodiversity.

Gilles Maurer (PhD 2015-2018, post-doc 2018-2020) studied the interactions between wild and semi-captive pools of Asian elephants with an interdisciplinary framework (demography, economy, anthropology, population genetics). This was joint work with Baptiste Mulot at Beauval Nature, Finn Kjellberg and Nicolas Lescureux from CEFE. Gilles is now a permanent researcher at Beauval Nature, hosted at CEFE. 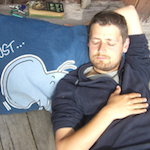 Vincenzo Gervasi (post-doc 2017-2019) used an interdisciplinary approach to understand coexistence patterns and build trans-boundary management tools for coexistence between large carnivores and human activities in Europe. This was joint work with John Linnell from NINA (Norway) and Luigi Boitani from University of Rome - La Sapienza. Vincenzo is now a post-doc with ISPRA back in Italy working on the African swine fever epidemics in wild boar.

Julie Louvrier (PhD 2015-2018) evaluated and developed occupancy models for assessing the distribution of large carnivores (wolf, lynx) in Europe. This was joint work with Christophe Duchamp, Nolwenn Hoguet-Drouet and Eric Marboutin from ONCFS. Julie is now a post-doc at the Leibniz Institute for Zoo and Wildlife Research.

Loreleï Guéry (post-doc 2016-2018) studied the dynamics of lynx in Switzerland using spatially-explicit capture-recapture models. This was joint work with Fridolin Zimmermann from KORA. Loreleï then did a post-doc in the MARBEC lab, working with Daniel Gaertner from IRD on the population dynamics of tunas. She is now a permanent researcher at CIRAD.

Tamar Lok (post-doc 2015-2017) developed population models to combine colour-banding, tracking and count data to assess within- and between-individual variation in different aspects of migratory behaviour of the Eurasian Spoonbill and the Red Knot. Tamar is back to the Netherlands where she is a researcher.

Julien Papaïx (post-doc 2014) assessed the impact of global change on the population dynamics of Atlantic salmons (joint work with Etienne Prévost). Julien is now a permanent researcher at INRA.

Fitsum Abadi (post-doc 2012) developed neat integrated population models. After a post-doc and occupying a lecturer position there, Fitsum is now assistant professor in the US, New Mexico State University.

Sabrina Servanty (post-doc 2008-2009) studied the dynamic of exploited populations with wild boar as a case study. Sabrina then did a post-doc in the US, and a post-doc in St-Pée/Nivelle on the Côte Basque.

Elena Papadatou (post-doc 2009) worked at quantifying environmental variation and its impact on population dynamics of bats. She worked as an environmental expert in Greece for some time, then moved to the UK to take a project manager position at Arup. 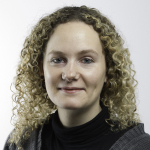 Marlène Gamelon (PhD 2011-2013) studied environmental variation and reproduction tactics in wild boars (joint work with Jean-Michel Gaillard and Eric Baubet). She did a post-doc in Norway. Marlène is now a permanent researcher at CNRS.

Lucile Marescot (PhD 2010-2012, post-doc 2017-2019) analyzed the recolonization of wolves in France (joint work with Eric Marboutin and Guillaume Chapron). She did a post-doc in the US and another post-doc in Germany. Then she developed multi-species occupancy models for large mammals. This was a collaboration with Christophe Duchamp and Nolwenn Hoguet-Drouet from ONCFS (France) and Arnaud Lyet from WWF-US. After working as a freelance data scientist in conservation biology, Lucile got a permanent position as a researcher at CIRAD.

Sarah Cubaynes (PhD 2009-2011, post-doc 2017) developed capture-recapture mixed models (joint work with Christian Lavergne). After a post-doc both in the UK at Oxford and in the US working in the Yellowstone, she did another post-doc with us. Sarah is now assistant professor.

Mathieu Buoro (PhD 2010-2012) worked in evolutionary ecology using mark-recapture data in Atlantic salmons (joint work with Etienne Prévost). Mathieu did a post-doc in the US at Berkeley, then came back as a post-doc in Toulouse. He is now a permanent researcher at INRAE.

A list of my former Master students is available here. 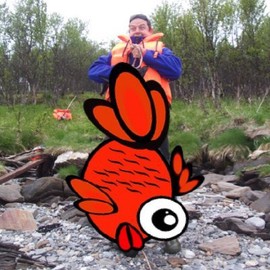 I’m a scientist working at the interface of animal ecology, statistical modeling and social sciences.